Does Your Solar Panels Need Earthing?

International safety standards require that all solar installations be earthed. If mounted on metal racks, it is a standard requirement to also have the racks earthed. However, since solar panels are double isolated, they need not always be earthed except under special circumstances.

The Physics of Grounding And/Or Earthing

A SolarKobo Engineer At Work

Your Panels May Need to Be Earthed if:

If earthing is required for a PV system, the following components will be needed:

Earthing may be done in these three ways:

A plate that made up of copper or GI (galvanized iron) are placed vertically in the ground pit less than 3m from the earth. 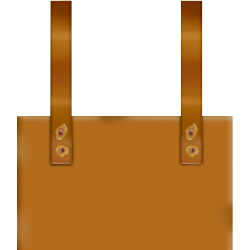 A galvanized steel based pipe is placed vertically in a wet pit. This is the most common type of earthing system. The pipe size mainly depends on the soil type and magnitude of current. Usually, for the ordinary soil, the pipe dimension should be 1.5 inches in diameter and 9feets in length. For rocky or dry soil, the pipe diameter should be greater than the ordinary soil pipe. The soil moisture will decide the pipe’s length to be placed in the earth.

This type of earthing system is similar to pipe earthing system. A copper rod with galvanized steel pipe is placed upright in the ground physically or using a hammer.

Our engineers at SolarKobo will help you decide if your system needs to be earthed.

Why We Recommend AVRs or Stabilizers